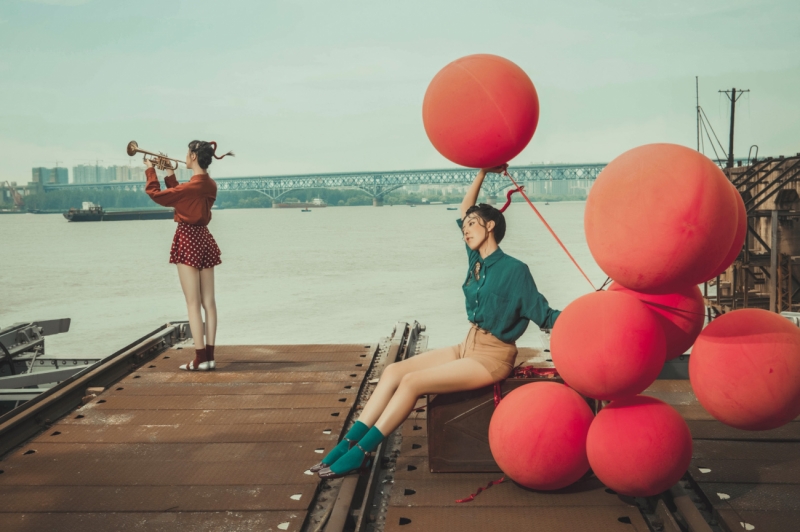 The bridge in the image is Nanjing Yangtze River Bridge, which we study in primary school textbooks. It was at the time a huge success for Chinese people and especially for Nanjing people. In 1960, it was listed in the Guinness Record Book as "the world's longest highway bridge". In July 2014, it was selected as the immovable cultural relics, and in September 2016, it was selected as the first batch of China's 20th century architectural heritage list. Nanjing Yangtze River Bridge was completely closed for maintenance at 22:00 on October 28, 2016, lasting 27 months. This photo was taken a few days before the completion of maintenance and opening to traffic. I took the picture by the Yangtze River, using modern expression and technique, also the models put on the kind of outfit of earlier year to bring back the days when we were still children.